Find out more about the Democratic Party and its positions here:

At our meeting on December 4th, 2019, the club voted to endorse the following candidates in their respective upcoming elections:

Congratulations to the newly elected Beach Cities Democrats Executive Board for the 2019-2020 fiscal year;

Beach Cities Democrats has officially endorsed all four of the bills introduced this year by the California Clean Money Campaign:

SB 636, the Ballot Disclose Act(Stern)
Requires the ballots people vote on to list 3 supporters and opponents of each state ballot measure.

For more information on the California Clean Money Campaign in general, and/or any of these bills in particular, please visit http://www.yesfairelections.org.

The application period for the 2020 California Citizens Redistricting Commission is coming very soon! The initial application period is from June 10, 2019 to August 9, 2019.
You’ll find more about the process here.
This first round of application is a basic screening: are you qualified? Those who are qualified will be invited to fill out the longer, more detailed application.

The Beach Cities Democrats held an endorsement meeting, and the results are in!  The members voted for the following endorsements:

Other races did not reach the required 60% vote threshold needed for endorsement.

For more details on the election, please click here.

Thanks For Your Hard Work! 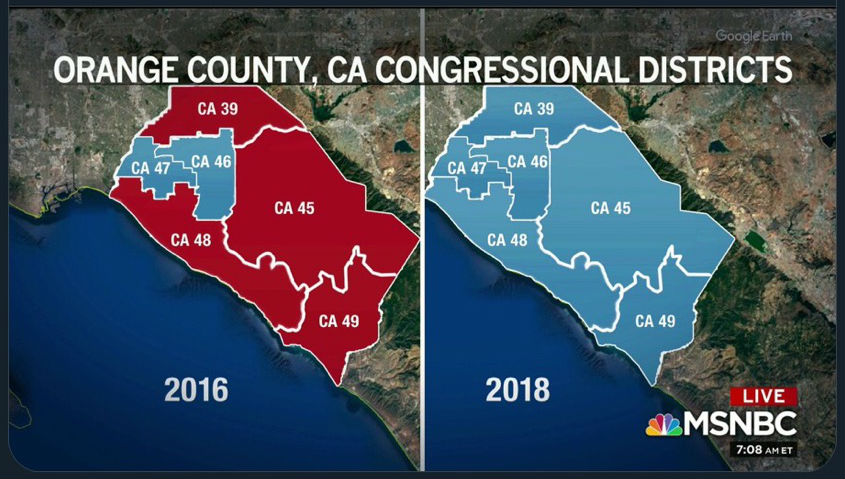 For a fascinating summary of the 2018 Midterm elections, please click here!